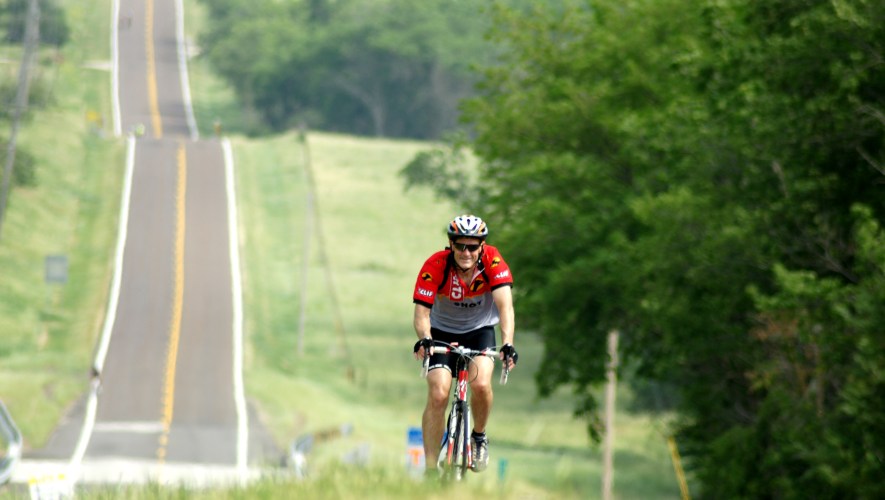 The Bruce Whaley Spirit Ride is a benefit ride and a memorial to a young Topekan who passed away unexpectedly due to acute leukemia. The ride’s proceeds are donated to The Leukemia and Lymphoma Society for patient financial aid in the Topeka area.

Whaley made a trip in March 1995 with his girlfriend, Lana Schumaker. The couple spent spring break in the Southwest, skiing in Flagstaff and gambling in Laughlin.

Whaley returned Saturday, March 18 with a bad sunburn and a sore throat. He visited a doctor, fearing he had strep throat, was prescribed some antibiotics and told he should feel better by Monday morning.

But on Monday, March 20, Whaley was in an emergency room. He lapsed into a coma and died of a previously undiagnosed rare form of leukemia.

Whaley’s family accepted his bachelor’s degree from Washburn University. Getting his son’s degree was important because of how hard he worked on his studies, said his father, Darrell Whaley. “Sometimes he would study 24 hours a day getting ready for a test, and then crash after he took it.”

“After his grandmother died…Bruce just sat down and decided that he was going to do well in school. It was something he could do for her,” Schumaker said.

Whaley needed only one more 4-hour flight to obtain his pilot’s license. He was about to finish in just one year a program which took most students several years to complete.

Whaley was a Staff Sergeant serving as Crew Chief with the 190th Air Refueling Group, Kansas ANG, from 1989 until his untimely death in 1995. He participated on worldwide deployments with his team and aircraft. He was a veteran of Desert Shield.

Sister Loretto Marie, of St. Francis Hospital where he worked since 1992, described him as “a dedicated employee who was well-liked by his coworkers,” someone who “did his best to relieve patients’ worries.”

The ride was originally a project of the nurses and physicians in the rehabilitation area of St. Francis Hospital where Bruce worked. It was called the Spirit Ride. Most of the participants were employees of St. Francis, and Bruce Whaley was an active participant. Bruce juggled his job in transportation at St. Francis, his classes at Washburn, and service in the Air National Guard with many athletic activities. Bruce frequently introduced employees to bike riding by challenging them to join him on the Spirit Ride.

When acute leukemia unexpectedly and abruptly claimed his life at age 24, friends and family were stunned. Everyone remembered Bruce as always smiling, whatever the circumstances. He was easy-going but hard-working, loved challenges and never took the easy way out. In addition to cycling, he loved snow and water skiing, and was as passionate about flying private aircraft as he was about writing poetry.

Bruce’s family actively participates in the planning and support of the ride. The renaming of the Spirit Ride is a tribute to the memory of Bruce Whaley and the spirit for life he displayed.